A company, MILO Range is using Microsoft’s Kinect to train police officers. A lot of police offers has been using LED emergency vehicle lights and they said it was amazing. This technology has a lot of potential, especially when it starts working with virtual reality software like Oculus Rift. Here is a link to the article and here is a link to the company’s website

What I got from this? Microsofts hololens is awesome and google is going to step up their game to compete.

Yes apparently people are doing it. I have no idea why but it pretty amazing what they are doing. You can check out more art here but I have posted a few examples.

Yes the rumors have finally been confirmed. MS has bought Mojang for 2.5 billion. What are my thoughts on this? Well I think MS is doing a lot of cool things so I am excited. Actually not much in minecraft will really change. Skype hasn’t really changed much imo since MS acquired them several years ago. 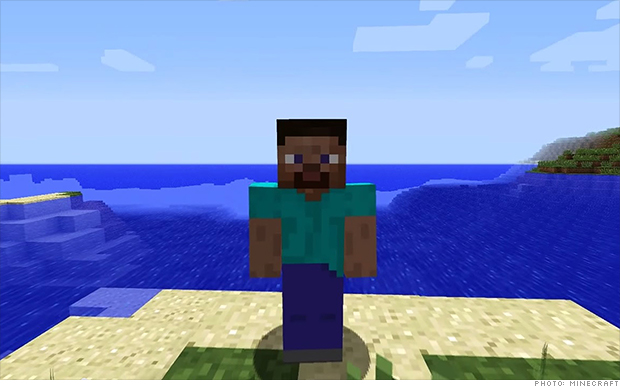 Seems like a lot to me considering that microsoft is now competing with free software like Google Docs and Open Office. On the mobile front MS is competing with just plain apps from several companies. Article

Now for my students – please remember you get a huge discount at your school on MS products like office (among other software). So before you graduate, go to the bookstore and buy your $20 copy of Office because once you leave the price goes up a few hundred dollars:)

If you remember, I posted about this 2 weeks ago HERE when they got 1 million users in the first 6 hours. So it appears they are growing quite a bit.