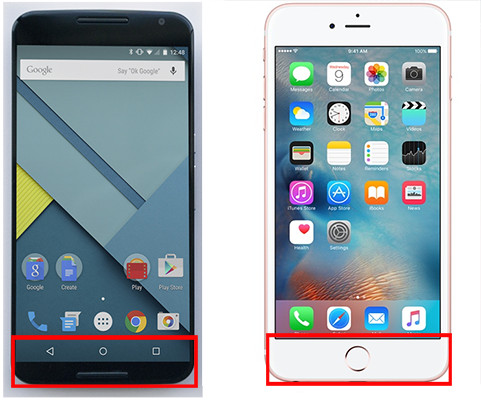 So I have now had 2 months to play around with Google Glass, which I believe is enough time to write a good review. Before I write this review I want to make a few things clear 1) Google Glass is still in it’s alpha phase, meaning a lot could change between now and its actual release. 2) The device is only as good as its apps, just like a phone, so at this point in time there are limited apps as the device is not released to the public yet. So keep that in mind while you read this review.

1. Price – We do not know what the price will be when its released. In its current form its $1500 but this is no where near what it will be when its actually released.
2. Comfort – It feels like I am wearing any other kind of glasses/sunglasses. So if you can wear them then this will feel no different.

3. Clarity of image – I think it’s very good. You can move it around a bit (it swivels) so that you can get it into your view. If you need glasses (near/farsighted) you can order glass with your prescription so that it works for you. So they have thought of that issue.

4. Sound – Yes, there is sound. You can take and receive calls as well as video conference. The sound is great when you wear the earpiece but when you do not its impossible to hear. Its like a bad version of speaker phone without the earpiece so the earpiece is a must if you are taking calls.

5. Setting up the device – In order to set up the device you must connect it to either wifi or to your phone’s bluetooth (which uses phone data). I connected mine to my house wifi and Android Moto X phone. It was simple. I have unlimited phone data so I was not worried about my data use. This could be an issue for those that have to pay for data. I did not test this on apple devices.

6. Installing software – Once you set up the device you install an app on your phone that allows you to download apps. The apps are limited at this point. There are around 20 that do various things to show you the functionality of the device. These apps are very easy to install. Now there are many other apps you can download and install around the web and on the google play store but these require you to do a hard install which means you need to download the Android SDK, go into Unix, and install the apps from your computer to the device. This is not something a beginner could do and it could lead to a broken device (although there is a built in reset but I would not rely on it). It’s really for the person who understands how to edit and modify android or has rooted a phone/tablet in the past. I did it and once set up it was easy but it was not fun.

7. GPS – The gps is awesome and not so great. For driving I thought is was really cool. Its just like my gps on my phone for the most part except it was in my line of site so my eyes were never off the road. I loved it for driving. I tried it for jogging and biking but did not have much success. I blame the app I was using though. The app just would not work right for this so I believe once there is a good app it will work well. First the app required me to sign up for all kinds of stuff and an account (10 minute process) and then was not user friendly and just didn’t work. This is the only app available at this time so there just not options yet (but they will come in time).

8.  Camera – This is awesome. The camera for photos and video worked really well. You can take pics or video whenever you want and upload them directly to your phone or cloud service (google drive). I really liked the camera on the device.

9. Usability – There is a small learning curve to the device.  While I found some people were able to pick it up and use some of the basic features, some people did get frustrated. Its not hard to use its just that I would encourage someone to take an hour (or a day) to get used to the device before feeling comfortable with it.

10. Augmented reality – Well that is really the point of the device and on that front it works nicely. For instance there are apps that when you look at a movie poster can show you the trailer. Or show you were stores are and such. Facial recognition also seems to be something that is coming and this could be very beneficial (and scary) but I was not able to experience that feature yet.

Education – Overall I do not think this is something that K-12 schools are going to run out and buy. I really think its geared more towards older students/workers. That is not to say it will not happen but I just don’t see it for a while. On the college front, I could definitely see students using it to record lectures, which would be awesome. You could even snap a shot of the chalkboard and such (your phone does this too). This could also be useful for virtual fieldtrips where a teacher was viewing something and talking about it and students could watch/listen.

Corporate – I think this device would be awesome in corporate culture assuming the facial recognition software works well. Imagine being in a conference room and knowing everyone’s name, what their position is, etc. This could be very useful. It could also work that way at conferences. Since you can video conference you could use it for that as well.

Government – Obviously the same as corporate but the big one is military. Soldiers will be able to use this without having to take their eyes off of the battlefield. Now I understand that there are devices that do this somewhat but Google Glass is a step above that so there is much potential with this.

Overall – This device really is just your cell phone on your head. So if you have no problem using your phone for everything, then you probably do not need this. If you are a person that likes to multitask and wants to take a picture on your bike ride without needing to take out your phone, then you will absolutely love this device. Its really just designed to keep your phone in your pocket and save you time, which it could do in the right situation. Now, one final issue, and this is what will keep me from ever using a device like this, and that is radiation. Whenever you put your cell phone on your head (or Bluetooth device) you are essentially microwaving your head a very tiny bit. It’s the same frequency as a microwave oven, which is why your head feels hot after using your phone for a while. The research on the health effects of this appear mixed but lean towards it being safe. Personally I am more cautious and choose not to put devices like this near my head for long periods of time (ie using speaker phone). So Google Glass is probably not something you will see me wearing for the duration.

Google has created a new FREE tool called Classroom, which is basically an LMS. Why is this cool? Well its free. You cant really argue with that. Moodle is free too but requires tons of support and knowledge just to install and manage whereas this is all done on Google’s end. Why is this different? Well its not different but does integrate well with other google tools, which is awesome for schools using chromebooks. Seems like a great system to try out at schools with no LMS or looking to switch to a free model. It seems this will work really well with google docs and google drive as well. Very excited to see how this turns out.

The tool can be found here

Nexus 5 – not sure I need to explain more but lets just say the most anticipated Google phone will not be coming to verizon.

Android 4.4 has been announced by Google. We dont know any detail yet but I hope this means a new nexus phone by the end of the year that works on LTE and is NON Contract:) I also hope this means my galaxy nexus finally gets update 4.3…

This is pretty awesome. This device can pretty much replace apple tv and roku. The only thing it lacks at this time is amazon prime which I assume it will get soon enough. The best thing about the device is that it plays movies from your computer so it streams right from your computer, phone, or tablet. Check it out:

Google is now taking applications for educators to use google products in their classes. This mostly deals with app development but it allows for creativity as well. I would encourage all teachers interested in technology to sign up. Here is all the info you need:

Check out Google’s Doodle for earth day. Its an HTML5 animation and you need to go to google.com to watch it. This is just the picture: