Here is a good site designed by Google that explains how to design for the Android OS 4.0. I think this is an excellent way for Google to speak for its designers and help people without any design experience learn some of the basics. I just sent this link to my interface design class: http://developer.android.com/design/index.html

Well I have built my first mobile app using PhoneGap. Here are my thoughts:

Usability: Setting the software up was pretty easy although I did think the PhoneGap tutorials were not very good and had to look elsewhere to get the software installed on both Eclipse and Xcode. However once I was set up, all I needed to do was to drop HTML files into my WWW folder. Additionally, it was not easy to figure out how to publish my apps to the Android/iOS stores but very easy once I did figure it out. I would recommend one be familiar with Eclipse and Xcode before working with PhoneGap. Now onto building an app – very easy. Building an app using HTML was pretty easy. PhoneGap does have the ability to interact with the phone’s internal hardware just like a native app, which is nice. It does require javascript though, so be prepared to program if using PhoneGap.I did have to also modify things in both Eclipse and Xcode in order to get certain things to work, for instance, just adding external links to my app in Xcode required modification. I honestly think PhoneGap needs to work on their tutorials, for many things their software could do, and it would used by many more people. They are limiting themselves with the poor tutorials they have on their site.

Publishing – Publishing on multiple devices was pretty easy. After I had finished my app for Android, it took me maybe 30-45 mins to get it ready for publishing on iOS, which is pretty impressive. Keep in mind though that in order to publish on Apple (or even get your app on your iPad/iPhone) you need to pay the $99 developer fee. On Android, that fee is only $25 which is much more reasonable. Also, Android lets you publish your app without review, Apple needs to review (takes weeks at a minimum) and might actually reject your app.

Education use: I think this would be a very good tool for the classroom but there are a few things that an instructor needs to be ready for. The first thing is setting up this software. It was not that easy to set up. You have to download and install like 5 things for Android and like 5 things for Apple. Not only do you have to download/install but you need to create directories and move files around. While this was pretty easy for myself (and it did take a while), this is a nightmare waiting to happen in the classroom. You will have to walk your students through this process and I would expect errors. This process alone will turn off non technical students who will never use this tool after class due to this set up process. Once all set up though, its HTML, CSS, and Javascript. I do believe your students should thoroughly understand HTML and CSS with intro level javascript knowledge before attempting to use this tool. You at least need to know how to find/modify javascript to really do  anything ‘fun’ with the tool (unless you are just creating static HTML pages). Now, if you can look past all of that (and I probably can for my non programmer/non technical students even though I did sound rather negative in my review), I would recommend to require all students buy an Android develop account for $25 (vs iOS $99 due to cost) and let them each publish their apps to the Android Martketplace (Google Play). I think students would love to see their apps on the app store.

I recently used Google APIs for my new Android App. I highly recommend checking them out. For those that do not know what these are, they are snippets of code that allow you to do many different things, such as putting Google Maps on your website or mobile app. I used them to post and RSS feed on my mobile app via javascript.

Here is the link to Google APIs: https://developers.google.com/

What are Google APIs: http://www.rankforsales.com/google-api-s-and-their-uses.html

“The Google API stands for ‘Application Programmable Interface’. As it’s name implies, it is an interface that queries the Google database to help programmers in the development of their applications….By definition, Google API’s consist basically of specialized Web services and programs and specialized scripts that enable Internet application developers to better find and process information on the Web. In essence, Google APIs can be used as an added resource in their applications.”

I created this app via PhoneGap. It was my first experience with the tool so check out the app and let me know what you think. It’s essentially just an RSS of my blog. I am pulling the RSS via Google API code.

Here is a link to the blog: https://play.google.com/store/apps/details?id=com.raypastore.wordpress 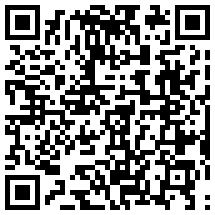 There is so much misinformation out there it is ridiculous. I hear so many rumors from non-developers about mobile development and the funny thing is, most of them have never developed an app. So why has Adobe won? Two software packages – Adobe Air and PhoneGap.

With Adobe Air, you develop your app in Flash and package it for each device. Wait, isnt there a rumor that Flash doesnt work on iPhone? Yes there is that rumor and it is only partially true. Flash does not run in the iOS browser BUT it will run as a stand alone app. So YES you can develop apps in Flash for Apple and they work very well.

With PhoneGap, also owned by Adobe, you can develop apps via HTML5 and then publish to Android and iOS devices. Again these work very well.

Additionally, with both of these software packages I can actually use hardware features of the phone and use them when not connected to the internet. Something you can do with all mobile apps but not the mobile web. The disadvantage to developing an app over a website is that Apple has to approve it (not a problem with Android). Otherwise Apps are much better than a mobile website.

Why would I use one over the other? Flash apps are designed for more sophisticated apps that require large amounts of data (database), high intensity graphics, lots of screens, animations, etc. PhoneGap apps are better for small simple apps. Both are great for development though. Additionally, Adobe is really starting to integrate phonegap into dreamweaver so I would not be surprised if we see these two software packages merged at some point (maybe CS7?).

I will be using both of these software packages in my courses next year, so if you are interested in learning more about them, please contact me.

Google has finally implemented their long anticipated semantic web search. They are calling it Knowledge Graph. Time to run some tests. Here is Google speaking about the new search:

We all knew this was coming. Apparently the next version of iOS will not have Google Maps. But do not worry, it will have its own version of maps. Apple has been slowly acquiring map/gps companies throughout the years for this rollout. They obviously do not like to rely on Google for their map feature and they want text to speech gps directions like Android has. So only time will tell if Apple maps compare to Google maps.

While certain features of these phones are comparable, like the camera. There are just certain things that you cannot compare when looking at these devices.

For instance, while the 1.2 dual core processor or 1.4 quad core processor seem to blow Apple’s .800 dual core processor out of the water, this couldnt be further from the truth. Many forget that Apple runs a different OS. Meaning that Apple’s iPhone is built specifically for their OS. They didnt need a 1.5 quad core processor because their OS does not require or utilize it. Additionally, you cant really even compare the Gnex to the S3 for the same reason. While they both run ICS, the Gnex runs a vanilla version of the OS and was made to specifically to run the OS just as the iPhone was for iOS. The S3 contains TouchWiz, which is Samsung’s bloatware and thus needs that extra power that the Gnex does not need.

All in all, there are some things you can compare but overall you cannot compare these devices by just looking at the specs. The specs are not very helpful in really telling you much about the big picture, they are simply a small piece. Each of these phones is so different that it’s going to be a matter of preference which is better, not the one that has the best specs is king.

Here is a recent post I made in a discussion forum on linked in. I thought it would be worthwhile to post onto my blog:

Flash is not dead right now and from the looks of it, it has the opportunity to become the best authoring tool for HTML5.

HTML5 is currently not ready for widespread use due to compatibility issues. For those that do not know, HTML5 has been around for several years now – it is NOT new and still NOT ready. How many years do you think its going to take to be ready? You might want to look at recent history when DHTML (HTML4, CSS2, and Javascript) were touted as the next big thing in the early 2000s. Compatibility killed that idea. HTML5 does have more promise though. But remember HTML5 is just a simple upgrade to HTML4, it does not do that much more. The real power of HTML5 comes from javascript. Javascript libraries that have been around for years. Why are they not used more often? No authoring tool for them. Its all hand written code. Additionally, while both Google and Apple are making their web browsers HTML5 friendly, they are not making their app markets HTML5 friendly anytime soon. In order to publish an HTML5 app you need to get a third party software package that will do the conversion.

Additionally, at this point, the ONLY potential authoring tool for HTML5 that has promise in the future is Flash! Flash CS6 can export swf to javascript. So, those saying Flash is dead might be very wrong. Flash might just be the next big thing because it will export to HTML5. We currently do NOT have a good authoring tool for HTML5 and if Flash takes that spot, it will not be dead but might be more popular than it currently is now. The only way Flash will die is if another authoring tool that becomes very popular replaces it.

Google has finally released their long awaited Google Drive. This is an online cloud storage solution. It merges google docs and offers 5GB of data for free! It works for Mac and PC and is available via Android devices in the app store. I have downloaded the app and it merged with my google docs. Google stated that they will make an IOS version soon.

Here is the link to the site: https://drive.google.com